Bringing Editorial into the Marketing Environment

Want to grab the headlines? 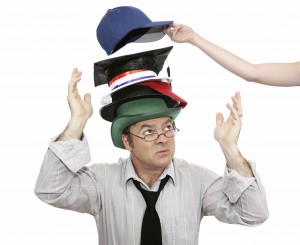 Last week I introduced the topic of branding. It’s one of my passions, both from a creative perspective and on a strategic level.

Interestingly, the whole concept of branding changes with every company I work with because it means very different things to different organisations.

Just to recap on what I said last week, branding has evolved from the crude sizzle of burning your mark on your poor cow’s hide, to more of a psychological experiential 360° proposition (and I’ll explain more about the 360° approach next week).

When it comes down to it, successful branding is measured by equity (i.e. the commercial value that derives from consumer perception of the brand name of a particular product or service, rather than from the product or service itself).

Back in the Old Country

Once upon a time, when branding was little more than a visual representation, Designers were the gatekeepers. Some of the larger organisations who perhaps had more budget would employ ‘Brand Managers, Brand Directors, or even a Chief Brand Officer. Their roles were basically about policing the company’s visual identity.

Over time as companies became more sophisticated, they realised branding encompassed big ideas, aspirations and identity, therefore, in conveying these concepts the written word became important too. Copywriters joined the policing ranks and became guardians of the company’s tone of voice.

While still necessary, these roles have evolved to encompass so much more and that is because we as consumers have evolved. Remember brand relies on ‘consumer perception’. Consumers nowadays are on the go, have shorter attention spans, want things quick, in bite-sized junks, on every size of screen possible.

With this in mind building a successful brand relies on the branding team to wear many hats. Hats which aren’t confined simply to the physicality or mechanics of the brand. As we saw last week, branding has evolved to the point of an ‘experience’, therefore, it follows, we need roles that enable/facilitate that experience. This relies on the whole organisation, not just one or two people in the branding department.

Getting New Employees on Brand

ResMed is one organisation that gets it. Even 15 years ago they took branding seriously, aware that to build equity they had to evolve beyond a logo and typeface. Brand training or coaching became part of the inservice training new employees received, enabling them to use the brand resources, so they themselves could be confident in how they communicated the ResMed brand. This is a highly effective way of conveying the importance of branding, and how it can be used to create the ‘experience’.

Brands exist in the minds of the consumer, way beyond the confines of the company boardrooms and offices. The continued use of social media and various platforms such as LinkedIn allows an organisation to see how it is perceived. While many companies shy away from this, fearing negativity, it is an invaluable way to take control of your brand and correct any misconceptions.

Only last week, Woolworths in Australia were faced with a potentially damaging situation when a consumer had bought a bag of fresh lettuce only to find a Huntsman spider still alive inside. The consumer posted the video of her find on Woolworth’s page on Facebook. As I say, potentially damaging, given there was also a salmonella scare going on at the same time, however, Woolworths handled it brilliantly saying, ‘We take this sort of thing seriously’. ‘We will investigate this’ and ‘get to the bottom of it’. Of course Facebook being what it, there were any number of hilarious comments to follow. The positive take out from all of it, apart from the way Woolworths themselves handled it, was everyone saying ‘shows how fresh the produce is, and it must be pesticide free because the poor spider would not have survived otherwise.’ Sounds like a pretty positive brand ‘experience’ to me!

Forget Mad Men – Yes Men Need Not Apply
Years ago while working with a company, who will remain nameless, it was obvious a brand refresh was required. It had hit the Critical end of the scale where people answering the phone didn’t understand the hierarchy of brands as they say under the company name. As a result people would answer the phone using the well known ‘product’ name. This got the MD hot under the collar a you can imagine, and the brand project was conceived. Unfortunately, the brand had hit a point where the whole thing needed a rethink – not just a refresh. But internal politics being what they are, the brand rethink project was thrown out, with only a basic makeover instead. This of course did not solve any problems, merely papered over the cracks. As a result, less than 5 years later they were back to square one – with one difference – a new MD who (a) had a clearer understanding of the task in hand (b) he surrounded himself with people who were actually brave enough to say the gnarly things – to champion the cause of a successful brand.

If you would like to know more about the people and roles behind building a successful brand, feel free to drop me a line at info@eviemcrae.com for more information.

Permanent link to this article: https://mcraecomms.com/?p=2708