So you want to get into Magazine Publishing?

Help! How do I Market my Book? 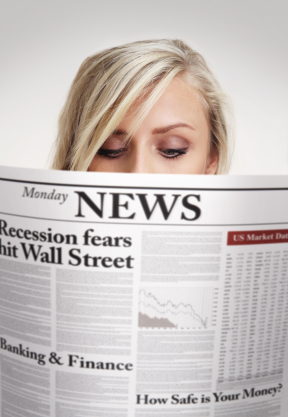 Let me start by asking you a question. Do you include press releases as part of your marketing mix? Hopefully, depending on the objectives of your organisation, the answer is an emphatic ‘yes’. If, however, you are one of those who shook their head vehemently, it may be worth re-assessing your rationale. Used effectively, the press release is a powerful tool for getting your company and its solutions directly in front of your audience:

For those of you who do already utilise the press release, you may find you have various degrees of success. Just because you write a press release don’t think it will automatically be taken up by the media. More often than not, this is one of the key reasons many companies do not release statements to the press at all. In resource-sensitive environments many managers are looking for ways to get the best bang for their buck, and often they see press releases as a lot of time and effort with no guarantees.

Alternatively, many companies will say, we simply don’t have enough items of interest to warrant a press release. However, I would say use your imagination. Create news stories from what’s already going on. Here are some things that could be turned into news stories for your news release:

Some of these stories may, not only be newsworthy items but, also show the humanitarian side of your organisation. Credibility comes into play and we all know that credibility helps to build rapport with your target audience and positions you in the minds of the readers as an expert.

So hopefully now you are beginning to think OK, perhaps we should consider using press releases going forward.

The secret to a successfully executed press release is two-fold:

If you are new to writing press releases this information will save you a lot of pain and time. The basis of a good press release is the:

The press release must contain all the essential information so the journalist can read it and create their own story/news release.

Then comes the headline, arguably the most important four or five words in the whole press release. The headline will be what the journalist reads first. If it’s not intriguing, newsworthy and unique, they will not read any further.

Below the headline often comes a brief, one-line summary of the press release. Like the headline, the summary should draw the reader in quickly and motivate them to learn more. Since a press release is supposed to look and feel like a story in a newspaper, it’s important to include a location and date stamp at the beginning of the first paragraph. Something like, “ResMed, UK- April 19, 2012.”

As with a standard news story, the first sentence should summarise the main news of the press release in 25 words or less.

The first two paragraphs of a press release are crucial – you want to draw in the reader and keep their attention. So use those two paragraphs to give brief details of the What? Where? When? and Who?

The rest of the press release (perhaps another four or five paragraphs at the most)should flesh out those four Ws and answer the fifth W – Why?

It is a good idea to use a quotation as the third or fourth paragraph to give the story a human touch, or provide viewpoint from your company (i.e., what the partnership means to the company, or how the new solutions will help drive growth).

If the press release is becoming long, think about whether some of the information you have included is really necessary – but always try to give a balance of opinions.

Press releases typically end with a short description of the company or organisation that’s issuing the release, along with a call to action. The call to action could be to participate in the event being promoted, to take a test drive of the product, or simply to find out more by contacting the author of the press release. Journalists always appreciate having a contact name and direct number at the bottom of the press release to call in case they have further questions.

Don’t forget to attach photographs with captions. Take the photographs yourself so you can be sure you are not breaking any copyright law.

It may sound obvious, but before you distribute your press release double check what you have written to make sure all your facts are correct.

As a final piece of advice I would say that although a press release is a public relations tool, it should not read as overly promotional. If it sounds too much like a sales pitch, it will lose credibility in the eyes of the journalist and your intended audience.

If you need help with tone, please read my post on “Grabbing the headlines”. Alternatively, if you would like help to write your next press release, or would like to see examples of press releases I have written please contact me using the form provided on the “Contact me” page.

In my next post, I’ll talk about how PR professionals make contact, and the best way to build those media and agency relationships.

Permanent link to this article: https://mcraecomms.com/?p=1539